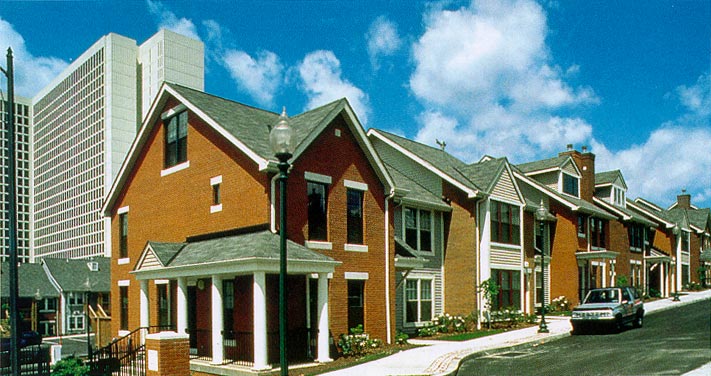 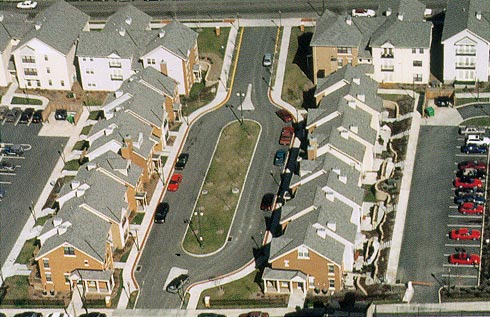 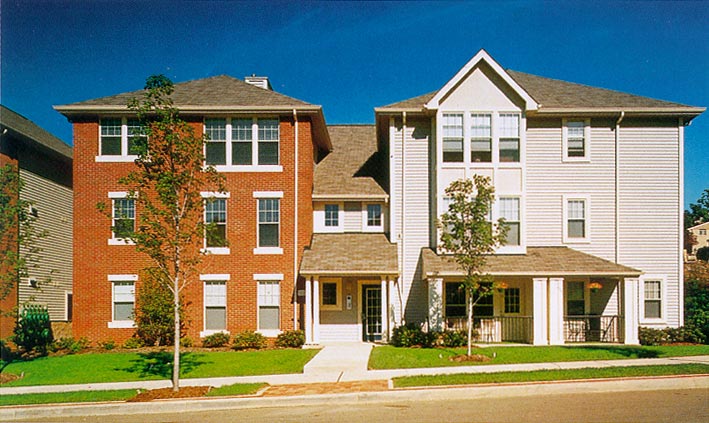 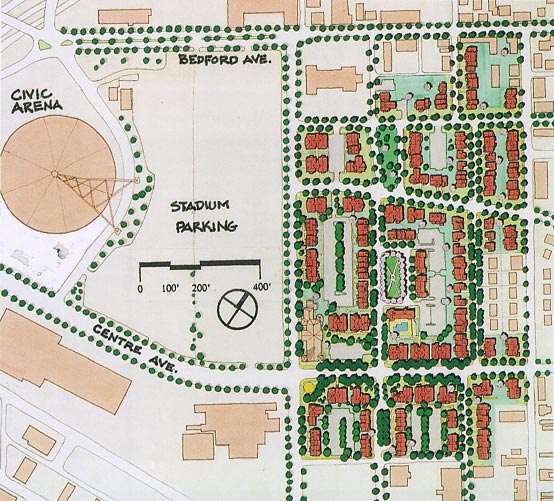 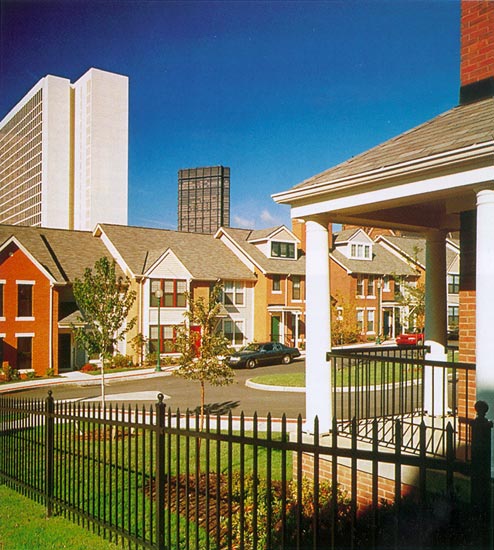 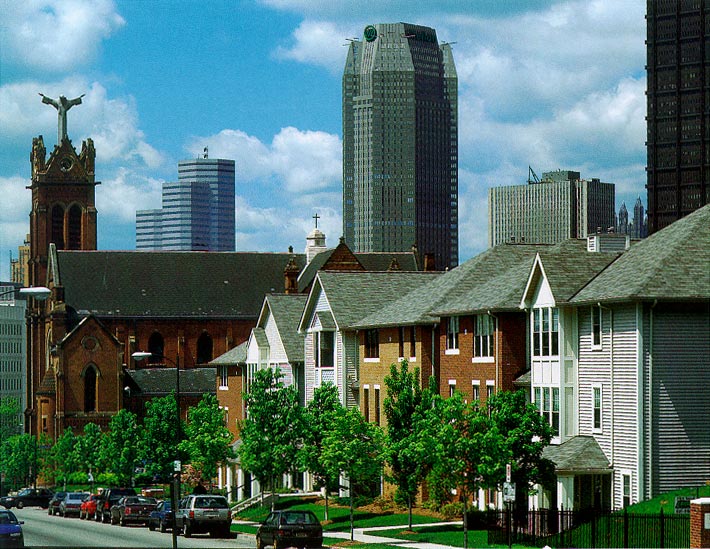 Once a vital urban area known for its jazz clubs and ethnic diversity, Pittsburgh's Hill district had deteriorated by the 1950s and, in the 1960s, suffered great damage during riots following the assassination of Martin Luther King, Jr. The Urban Redevelopment Authority (URA) had already begun the acquisition and clearance of sites in the area, which became an urban wasteland like many others created by stalled redevelopment projects across the country. When the community organized to prevent further expansion of downtown development, Crawford Street was established as a boundary. Today, revitalization of the district has begun thanks to the completion of Crawford Square, a mixed-income development on 17.5 acres in the lower Hill district. Crawford Square is the result of the combined efforts of the city of Pittsburgh and McCormack Baron & Associates, a St. Louis developer experienced in converting blighted inner-city neighborhoods into communities that are attractive to a broad range of residents. As the development coordinator, McCormack Baron formed a joint venture with the Hill Community Development Corporation, the Hill Project Area Committee, and the URA. Speaking of the site, which the URA acquired in 1990, Richard Baron noted, "It has spectacular views of the downtown area and is a five-minute walk from the business district and cultural activities." The first development phase, completed in 1993, consists of 203 rental apartments and townhouses, which are 50 per cent market-rate and 50 per cent subsidized. Resident Sheryl King, who used to live in nearby public housing, now lives in a two-story, three-bedroom townhouse with her two sons. She remarked, "It is very safe here. When I leave to go to work at five am it is well lit. Having two levels makes my place feel more like a house than the apartment." Since few homes have been built in the city in recent years, there was a market for potential home-buyers. To reach this market, nine townhouses and 18 detached homes, designed by Tai + Lee Architects were offered for sale in phase two. When completed, Crawford Square will have 1,000 residents, 550 homes with complete recreation The master plan for Crawford Square was designed to fit in with the neighborhood and the city as a whole. Three traditional parks have been planned to create a new address for the community and to link the neighborhood to the nearby business district. Ray Gindroz of UDA Architects commented: "The buildings are designed as houses whether they are single-family houses, townhouses, or apartment houses. Their scale, materials, and architectural forms are related to typical Pittsburgh neighborhoods of a scale similar to the Hill District. Crawford Square therefore proudly serves as the gateway to a neighborhood immediately adjacent to downtown." The architects held working sessions with the project area committee at every stage of planning and design during which such key issues emerged as the participants' desire to make the scale and character of Crawford Square as much like a traditional neighborhood and as different from a "project" as possible. Brick was considered the most desirable material for the facades despite its cost. UDA developed design guidelines to establish the vocabulary of the site plan and architectural elements. Narrower street widths, front porches, bay windows, and dormers, create interesting and useable spaces for residents and project an image of quality and stability to the neighborhood. Vince Bennett, project manager for McCormack-Baron noted, "The development's design quality, and income and racial diversity far exceeded the community's best expectations." Commenting on some of the difficulties of the process, Ray Gindroz said, "The architecture could have been simpler and therefore more cost effective if variety had been achieved with more building types, as determined by a number of different developers." However, it is ultimately more important to have a coordinated marketing plan that takes into account the demands of potential residents. In fact, according to Gindroz, "The community and the market have pushed the for-sale program more towards detached houses, which has caused the rental program to be scaled back." The construction process was not simple, and was made especially complex by the 15 per cent slope and bad soil conditions. A variety of local minority firms worked with several general contractors to build the housing. Despite some difficulties with the construction process in the beginning, city design review along with developer commitment ensured that Crawford Square was built to high standards. The complexity of the funding also required great cooperation between the public and private partners. As Bennett pointed out, "Each participant was necessary to the deal and provided an element of credibility which convinced the others to be involved." Crawford Square stands as a symbol of hope and pride for a community that has endured its share of struggles. Sheryl King reflected, "It not only fits in, but it has improved the look of the neighborhood. Everyone looks out for each other here, and I can sleep at night because I don't have to worry so much for my children's safety." Property manager David Hefflin noted, "More cities should look into housing like this. It has a sense of community. People seem to have a sense of responsibility and take pride in the fact that they qualified to live here. I grew up in this neighborhood, and for residents of the Hill Area this is a dream come true."