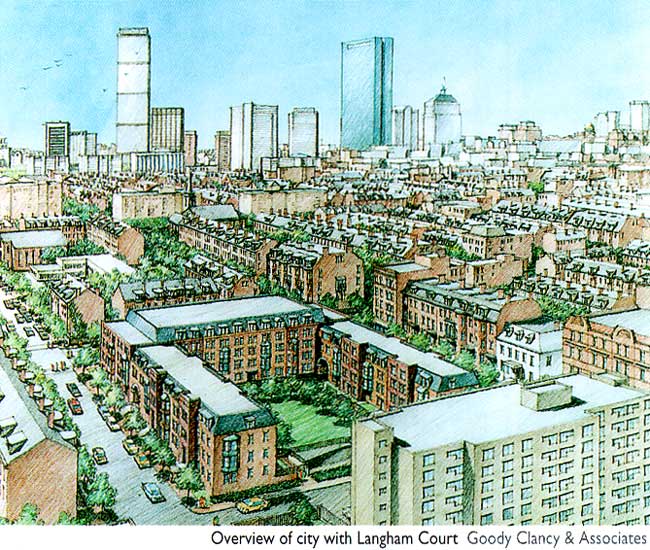 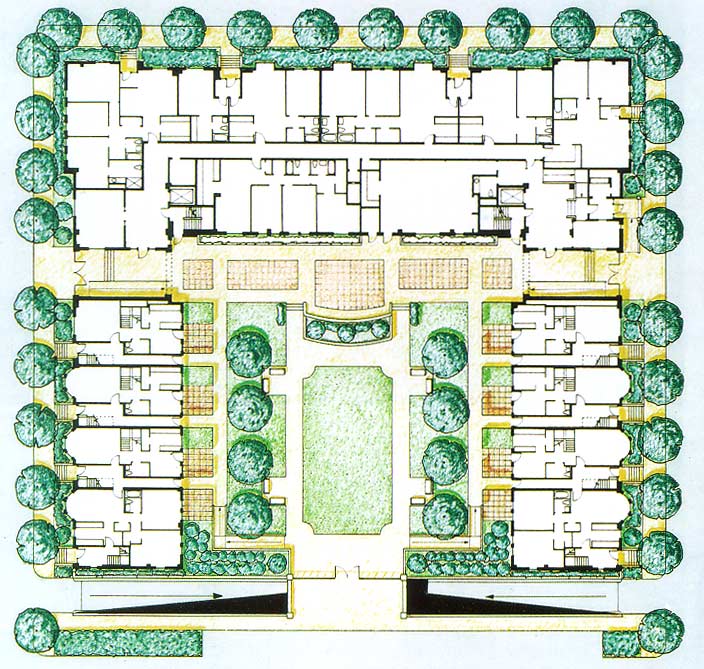 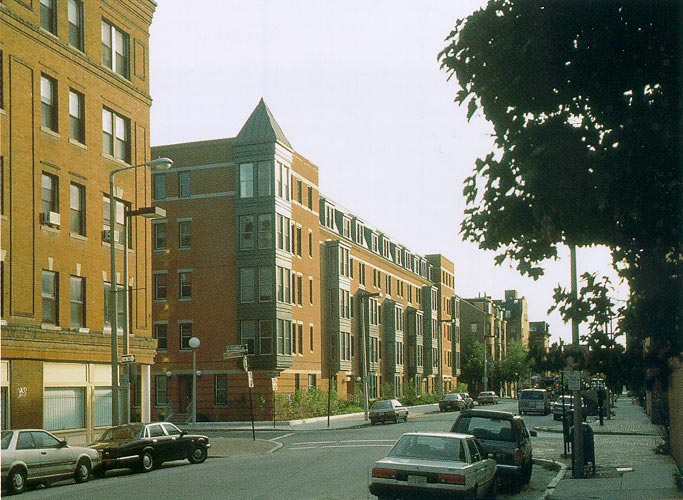 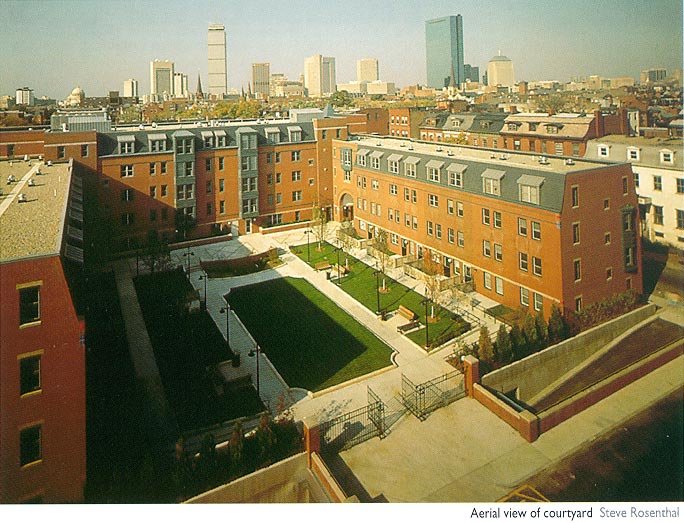 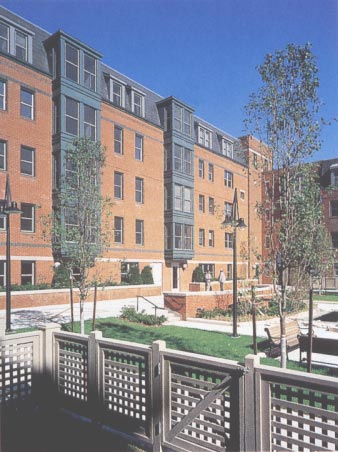 Langham Court is a unique mixed-income residential community located in the heart of Boston's South End National Historic District. The development provides truly mixed-income housing in the format of a limited equity cooperative. One third of its units are heavily subsidized low-income family homes; one third partly subsidized; and one third market rate. Originally, the housing was to be a mix of ownership (condos) and rental, but market forces caused the financing to shift to the limited equity coop. According to Mary Manuel, resident property manager, the coop is a good concept, because people have a stake in their property, giving them an incentive to maintain it. better. People are encouraged to participate in events and get to know their neighbors. The design strives to interpret the best features of the site's historic context within the limitations of economical building materials, methods and systems. The overall design emulates the massing and consistent street wall setback-stoop-entrance relationships to the surrounding neighborhood. Dormers, bays ; arched and vaulted entries; a combination of mansard and flat roofs; stringer courses and textured brickwork, and a palette of well chosen materials provide an unusual richness. One resident mentioned that the building feels as if it has always been there. The parking is in one level underground, and has space for one car per unit. Some residents don't own cars due to the proximity of good mass transit, and extra spaces are rented out to the community. Security in the garage has not been a big problem, except occasionally when the card reader system fails and people are able to enter the garage and vandalize cars. Sometimes strangers come into the main lobby behind residents, and Mary Manuel suggests that a camera at the entry lobby hooked up to the cable TV system would give residents more security when buzzing people in, by allowing them to see strangers and call the manager. The 84 units are distributed in both four story townhouses and a five story elevator-served apartment building. Interestingly, there are two separate elevator cores, one originally for the rental units, and one for the condos. When the tenure shift occurred, it was too late to change the design. However, the architect John Clancy feels that this did not cost any more than a single elevator core, yet proves more convenient for people living at each end of the building. Apartments range in size from studio flats to three bedroom two story townhouses. While some of the apartments , especially the studios, are on the small side, they feel spacious to people who have lived previously in small flats or shelters. The townhouses, reserved for families with children, have direct front entries from the street and rear access to small private outdoor areas, and the common courtyard beyond. According to Mary Manuel, resident property manager, people use the backyards for sitting out on warm evenings, barbecue storage, growing roses and play areas for small children. The south-facing courtyard provides a sunny landscaped retreat for all residents, including. During the community design process, many neighbors expressed the desire to have a public park on the street. The development team eventually convinced the community that the open park would end up attracting social problems and would be hard to maintain. The interior courtyard is visible from the street and is used by both Langham residents and the low income senior residents of the adjacent building Washington Manor. There are approximately 40 children of all age groups, and they are the main users of the courtyard. The courtyard is big enough, though as in many such courtyards, occasionally the lawn needs reseeding. The courtyard is U-shaped and well positioned for good observation from both the managers office and many of the apartments. Langham Court exemplifies the success of mixed income housing, a model in which the housing for all income levels must aspire to high standards, for both success in marketing the market-rate units, and to minimize a sense of hierarchy within the development. As 10 year old Blanca Hernandez wrote in a winning essay sponsored by the National Council of State Housing Agencies, " I 'specially like living in Langham Court because where I used to live it was a bad neighborhood with drugs everywhere. Here, I really don't see drugs, and it's a good neighborhood, and I can play outside and sleep without worry."