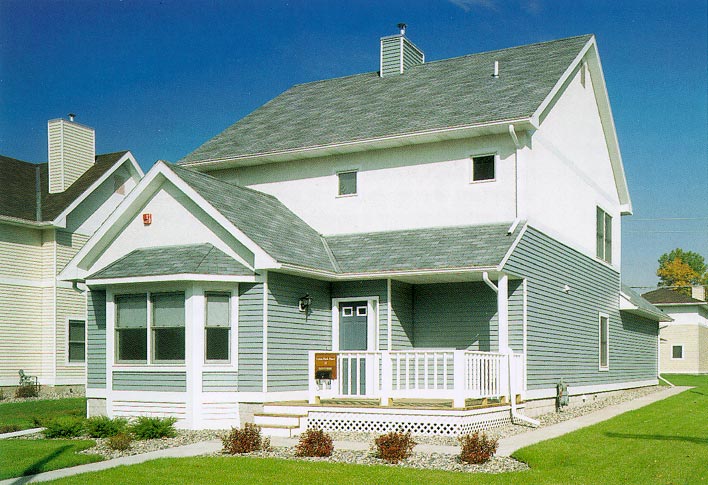 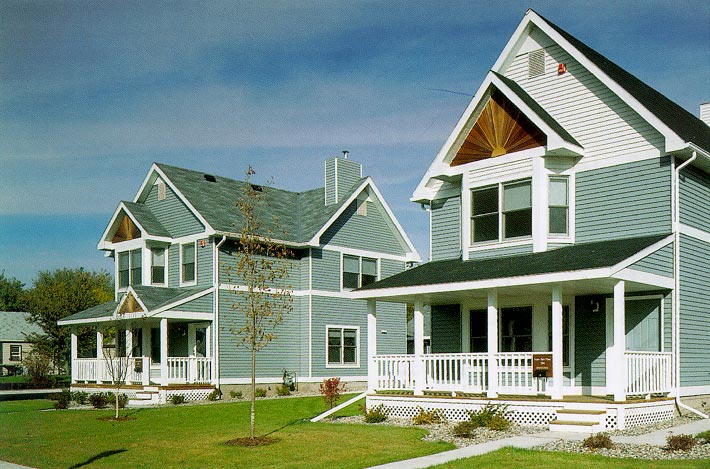 Justin Properties, the developer of Lyton Park Place, worked cooperatively with the non-profit organization, Habitat for Humanity, and other organizations to build 21 single-family homes for people with low to moderate incomes on a block just north of the state capitol. David Van Landschoot, president of Justin, and his wife, Terri, assumed responsibility for financing the development and built 13 of the houses. Habitat built the other eight using volunteers and future home-owners, who each gave 350 hours of work as their sweat-equity share in the construction process. Because some 80,000 hours were donated for the Habitat homes they sold for about half the price of Justin's union-built homes and were affordable for people with much lower incomes. The nearly five million dollars of funding for Lyton Park Place came from a combination of federal, state and city sources. The funds were spent to acquire the site, to allow the City of St. Paul to own and transfer the land at no cost to the Justin and Habitat team, to pay residents' relocation expenses, and to prepare the site. The 42 deteriorated, pre-World War I structures standing on the site were demolished and the soil was repaired. New sidewalks, alleys, and other street improvements such as lights, and site utilities were installed. Since Habitat's policy is not to take government money for their housings, monetary gifts from individuals, churches, and corporations financed the Habitat homes. The firm of LHB Engineers and Architects designed Lyton Park Place using traditional Midwestern prototypes for the houses. The two-, three-, and four-bedroom homes, which have eight different floor plans, fit well with their turn-of-the-century neighbors. The traditional massing, front porches, and horizontal siding give the homes a comfortable feel. Parking is in garages off a rear alley, keeping the front streetscape agreeable for pedestrians and visitors. Resident Mike Lewis expressed his happiness upon moving in, "We never thought we could afford a home of this quality. There are lots of little extras that make it special, and there is a park across the street that the kids use." Justin's president, David Van Landschoot said, "I have learned that it is very important to do master planning and to do a development of a size that can effect the neighborhood." Even though community opposition in the beginning delayed the start of construction by about six months without really changing the design, the entire neighborhood has been renewed as a result of the Lyton Park Place.

One- and two-story woodframe with aluminum siding, comp. shingle roof.