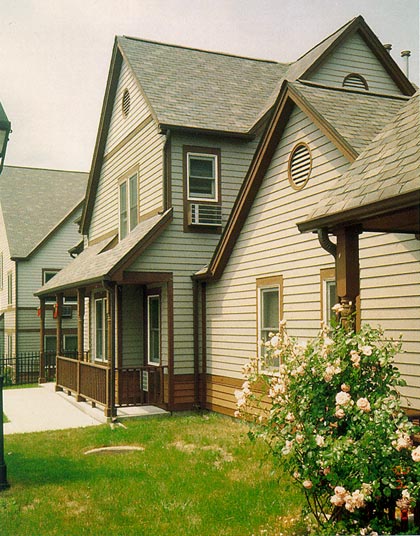 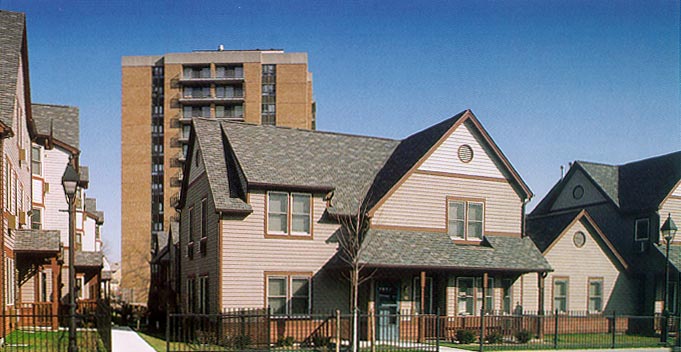 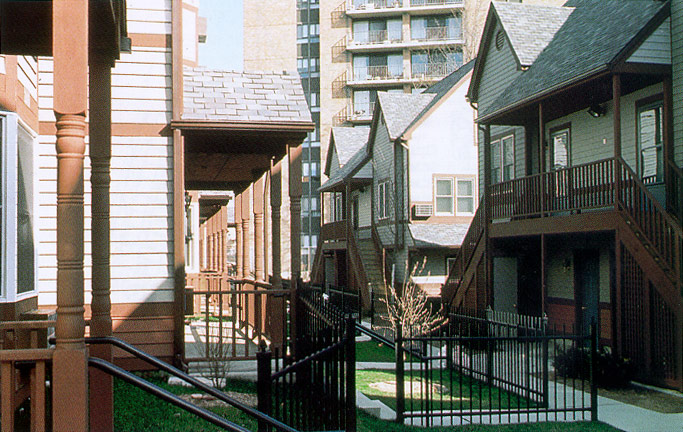 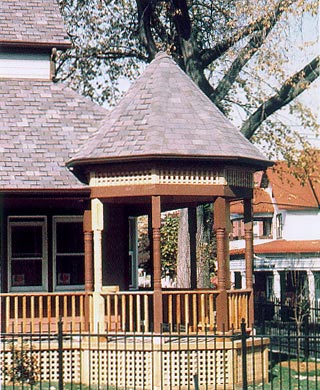 The 70 families who have lived in Stamford's Parkside Gables since 1991 are fortunate to have high quality housing in a region that is among the nation's least affordable housing markets (the median price of a single family home was over $250,000). Residents of Parkside Gables, which is owned by the Mutual Housing Association (MHA) of Southwestern Connecticut, are not equity owners of the property. However, like cooperative or condominium owners, they exercise essential control of decisions and have a lifetime right of housing with the privilege of passing this right to other household or immediate family members who meet the selection criteria. Residents also have the advantages of professional property management and the services of a staff to assist them within the complex or in the community. One result of their influence is the West Side United Neighbors, an organization that, among other activities, has made improvements in the park and community center such as initiating a youth employment program. MHA also spearheaded the funding and approval of the renovation of a nearby 48-unit property foreclosed by HUD. Through a variety of community efforts Parkside Gables residents have truly reversed the negative image of this once crime-ridden area. Peter Wood, Executive Director of MHA noted, "We organized potential residents to participate actively in the public approvals and design processes. The site design committee included 15 to 20 potential residents along with representatives from public, private, and non-profit sectors. The committee members provided the architects with a direction for the site plan and suggestions for specific architectural elements that potential residents considered important. Literally hundreds of Mutual Housing members and potential residents attended more than a dozen public hearings and spoke eloquently of the need for this development." The committee favored opening the complex to the surrounding community rather than creating a fortress. A loop road runs through the site with entrances from West Main Street. Pedestrian walkways complement the road and serve as access points to a number of the apartments. All outdoor space within the complex is assigned to individual units to avoid no-man's lands that typically lack maintenance and surveillance. Since both the fronts and the backs of the buildings generate human activity, an informal neighborhood watch system exists, which is reinforced by neighborhood watch patrols. Residents note that the criminal element doesn't come around when they see that someone is concerned. The 2.3-acre site is adjacent to several 1960s-to-1970s public housing towers. Architect Brad Perkins stated their goal for Parkside Gables: "to change the image of assisted housing from impersonal, high-rise apartment complexes to small-scale, traditional homes that would harmonize with the architecture of one of Stamford's 19th century neighborhoods." Adherence to these goals resulted in nine two- and three-story wood-frame buildings which house a mix of one-, two-, and three-bedroom units, each with its own entrance and small yard. The design gives the residents a sense of individual ownership by avoiding common corridors, stairs, and entrances and by providing inside and outside spaces that could be personalized. Creating this character at 30 units per acre required that many of the cars be parked in garages under the housing. The garages, and some surface parking spaces are entered from rear courts also shared by pedestrians. In order to individualize the homes, three different front doors were interspersed throughout the complex, and painted several different colors. Elements borrowed from Victorian residences in the neighborhood included general proportions and the use of gabled forms, as well as colors, street lighting fixtures and low, ornamental fences. New products included thermal windows to save energy and a composite wood siding that looks like wood when painted but is more durable and economical. These design decisions involved all those with a stake in the end product, but particularly the residents whose identification with the buildings was needed to foster pride and reduce maintenance. The sense of value derived from their physical surroundings fulfilled a major goal of encouraging leadership abilities and helped to make the residents more productive members of the society at large. Parkside Gables was constructed at a time when buildings costs were very competitive. Although the land costs were high, Peter Wood noted, "The job was well managed by the architects, the contractor, and the state agency monitor; it was delivered essentially on-time and on budget with few significant problems." The use of direct grants from the state and the city allowed the housing to be affordable to residents with low to moderate incomes, and was a very efficient use of public funds in relation to operating subsidies. Although the City was very supportive of the development process, Robin Stein, Planning and Zoning Director recalls, "I don't remember a project that had to go through so many board approvals." In the end, all the effort was worthwhile. Stein noted, "Parkside Gables set a high standard -- in the future we will view affordable housing very favorably."