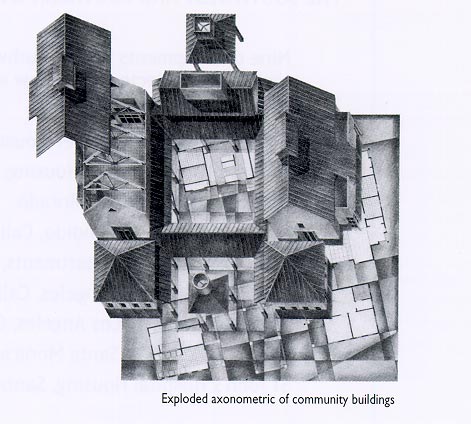 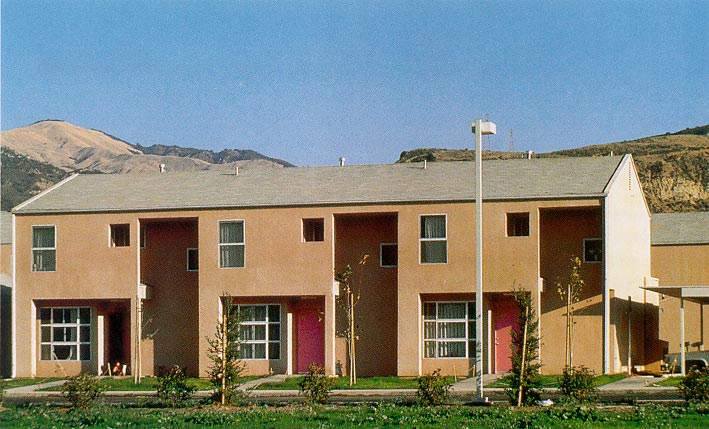 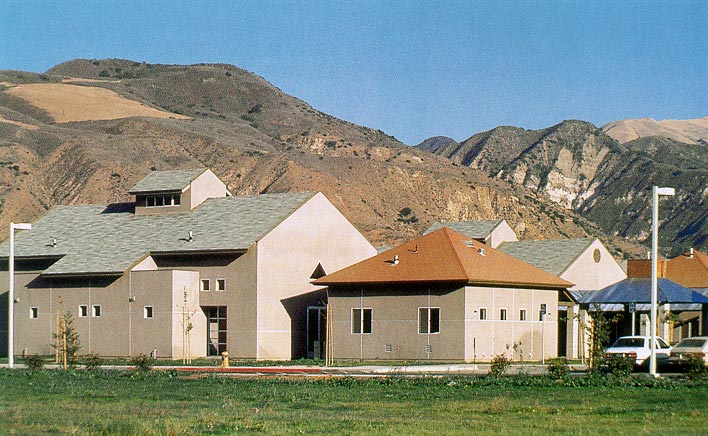 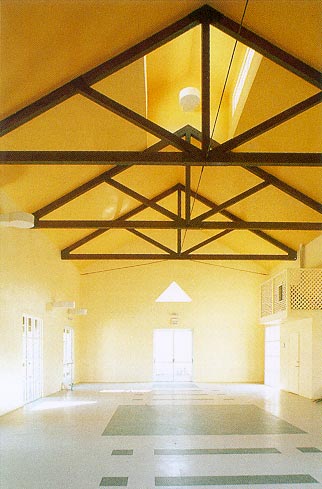 Rancho Sespe is the result of an heroic effort to assist 90 farmworker families to secure replacement of the housing from which they were evicted after a ten year struggle. In Ventura County, one of the leading citrus producing areas in the world, the average farmworker family of six earns less than $20,000 a year, and often lives in overcrowded and substandard conditions. In 1979, when the Rivcom Corporation purchased the 4500-acre ranch where the camp was located the new owners fired the workers and sought demolition permits for the two dilapidated housing camps. Many of the 250 families left, but the Cabrillo Economic Development Corporation (CEDC) helped the remaining 90 families to organize a non-profit organization to build replacement housing. Developed by CEDC, the new Rancho Sespe community is owned by the farmworkers' nonprofit corporation, and has 100 dwelling units, a community center, and childcare center on a new 20-acre site. The Rancho Sespe site, a former orange grove, is part of a continuous ten-mile strip of orange groves along Highway 126 bounded by mountains on the north and the Santa Ana River on the south. Because of insecticide spraying in the surrounding groves, the site required a 200-foot sideyard setback. Due to the 100 year floodplain, a 70 foot wide on the eastern side and a 400 foot rearyard setback were required. The new camp was designed as a series of identifiable small neighborhoods. Each neighborhood grouping faces one another or a courtyard, and is differentiated by its palette of stucco colors and landscaping materials. A central pedestrian spine connects all the groupings and a large, central courtyard. Anchoring the spine is a community complex with a multi-purpose room, a 60 student childcare center, and a soccer field beyond. Aesthetically, the community building is designed as a farmyard edged by a colonnade of ranch-type buildings with metal roofs, and a community room, which acts spatially as the barn. The design approach for the residential groupings was to strengthen the idea of the neighborhood through the identity of the buildings. An emphasis on the identity of the individual unit, when multiplied by 100 units, achieves repetition, not identity. Therefore, eight different building types were developed by varying the mixture, arrangement and number of the three unit types (two-, three-, and four-bedroom). Further savings in the construction process were achieved by the use of only two lengths of prefabricated roof trusses. Two stepped buildings link phase one and phase two along the central pedestrian spine. In the dwelling units, a porch is created by the projection of the second floor bedroom over the entry, which is then accentuated by an off center column. This provides a major stepping element along the front facade at eye level. All the units have private rear gardens with sliding glass doors. The massing, sunshades, and earth colors recall a traditional architecture that uses strong sunlight to enhance the movement of sunlight and shadow across the facades. South orientation maximizes sunlight penetration in cool winter months; overhangs shade windows in the summer. Rancho Sespe reaffirms the right of farmworkers to own their own housing in agricultural areas. The tenacity of the tenants (this was the longest eviction case in the history of the California appellate courts, and the development was vigorously opposed by nearly all the surrounding neighbors), the perseverance of CEDC and several public agencies, and the quality of the design contributed to a truly livable place that has given its residents a real sense of empowerment and community.