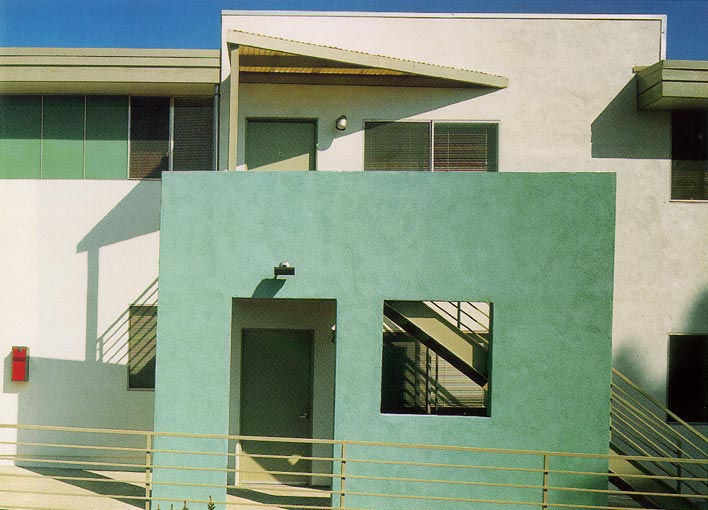 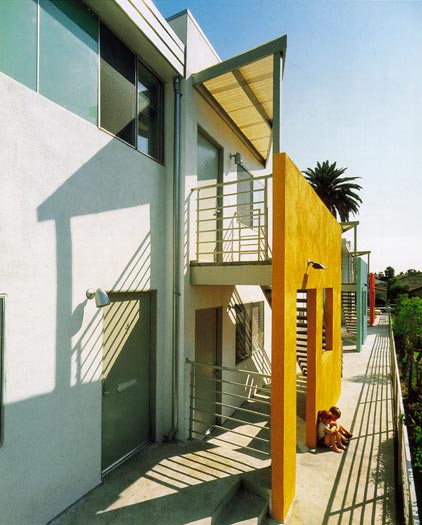 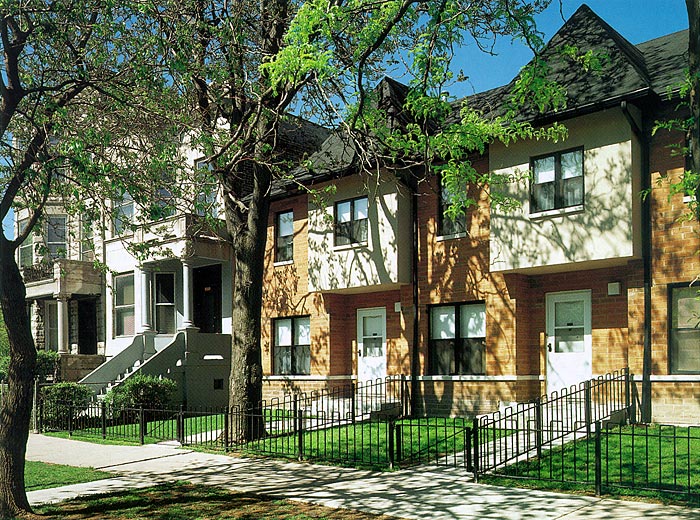 In the early 1980's, St. John's Hospital and Health Center (SJHHC), located on a tight site in densely populated Santa Monica, needed to expand its campus for medical uses. The hospital was established as an 89-bed facility in 1942 and over the following 45 years grew to 551 licensed beds, with an ambulatory care facility opened in the late 1970s. In the 1980s, the need to develop additional ambulatory care space, medical office space, and adjacent convenient parking became a priority. Land for such facilities was limited to a strip of residentially zoned property that contained rental units. These units had been acquired in the 1970s by the hospital, with the ultimate intention of demolishing them for expansion. However, with the passage of the Rent Control Charter Amendment in April 1979, 31 of the 35 units were deemed to be under rent control and could not be demolished. The hospital had a problem. It sought relief through the courts but did not prevail. A new approach was then devised to meet the goals of the hospital, the tenants, the city, and the neighborhood. The outcomes of the conflict resolution were: the hospital won access to the use of its land and property for its public purpose; the city gained a net increase in the number of affordable units; the rent control board protected the supply of affordable rent-controlled units; Community Corporation of Santa Monica (CCSM) was recognized as a developer which could supply new housing for the neighborhood; the former tenants won the right of either first refusal to reoccupy the new replacement units, or to take a cash contribution. All the affected tenants accepted the cash option, and moved out, allowing the new housing to be rented to tenants with low to moderate incomes; the neighborhood gained a site that was free of buildings that were becoming an attractive nuisance for crime and graffiti. According to Tom Pyne, the representative for the hospital who helped to facilitate the solution, "There were no losers in this deal. We had a strong interest in resolving the issues in a fair manner. From 1985 to 1989 we worked out a resolution of what seemed like an impossible public dilemma -- how to allow the hospital to expand and how to preserve affordable rental housing stock in the neighborhood. What was needed was flexibility by all." The replacement housing was planned for four sites. One site consisted of a simple relocation of four units from one side of the street to the other. Architectural work was performed by Koning Eizenberg Architecture who designed the other three complexes of 28 units that were either built or re-located on sites between 23rd and 18th Streets, all within a few blocks of the hospital campus. Color and the play of light and shade give identity to individual units. At the Arizona Street site, the units are entered through a secure courtyard; at the 18th Street and Berkeley Street sites, sideyard entry portals lead to stacked flats that are canted to enhance the rhythm of the facades. According to Joan Ling, executive director of CCSM, "Because our development process is not driven by the market to maximize square footage, there is more latitude for the architects to be creative." The architecture blends in well with surrounding buildings. Architect Julie Eizenberg noted, "The beauty of infill housing is that it makes no visible change in the community. I believe this is the optimum way to absorb affordable housing into stable, middle-class neighborhoods." Santa Monica is a diverse yet integrated community both economically and physically. This is in part due to proactive policies initiated by elected officials and planning staff. For example, Santa Monica was one of the first cities in California to adopt a type of inclusionary zoning. Former mayor, Denny Zane, observed that, "The City of Santa Monica is very active in creating affordable housing policies. We down-zoned the allowable density for market-rate units and adopted State laws that gave density bonuses for affordable housing. We simplified and reduced parking requirements, increased the allowable height, and decreased setbacks. The city has found that small infill developments--often mixed-income or mixed-use--developed by community organizations are the best type for Santa Monica."