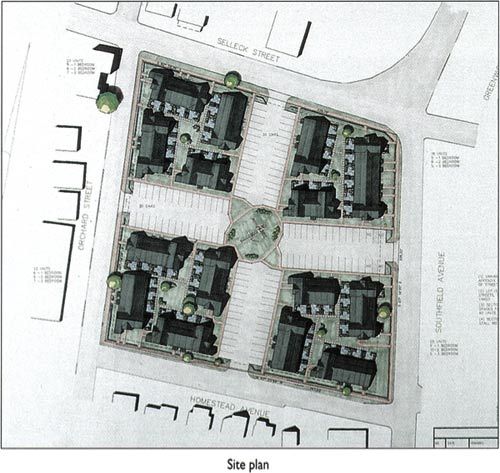 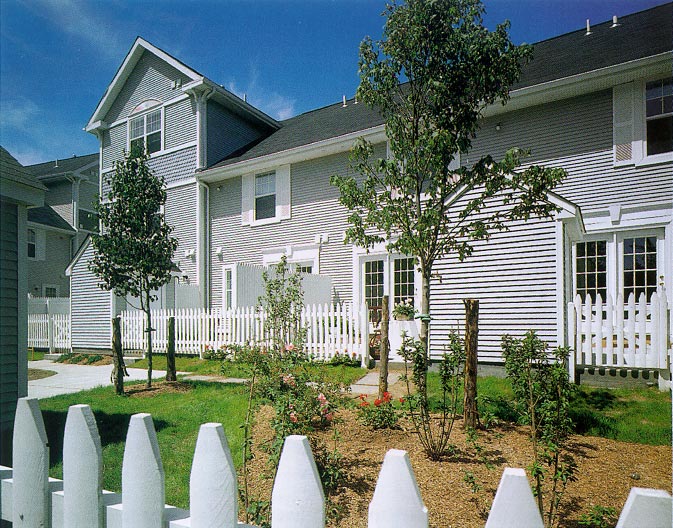 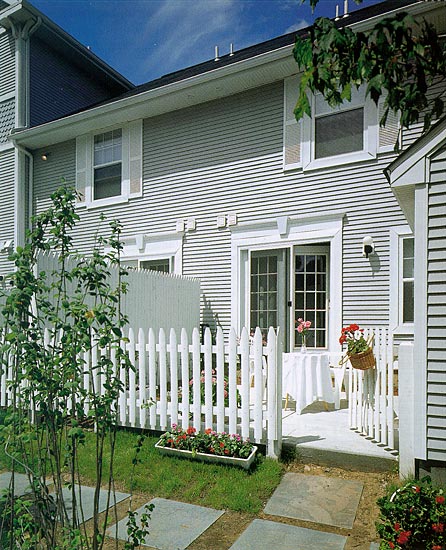 Waterside Green is a development for homeowners with moderate-incomes, that replaced an abandoned elementary school. It exemplifies the benefits of reclaiming underutilized inner-city land. The housing is an asset to the surrounding community as well as to the residents, a mix of small families, singles and couples chosen by lottery, with preference given to local people. Long term affordability is guaranteed by silent second mortgages and resale restrictions. According to John Madeo, president of Fairfields 2000 Corporation (F2C), "The fundamental program was to create quality affordable homeownership with the character of single family housing, but at a higher density." F2C joined with New Neighborhoods, Inc., a local non-profit sponsor, to form the Stamford Watergreen Development Corporation (SWDC) a public/private partnership for the purpose of developing the housing. Although a community task force brought neighbors together to learn about and discuss the new homes, progress was slow because of opposition to removal of the school. "But", Madeo said, "the neighbors supported the project through the approvals process and comments have been overwhelmingly positive now that it is built." The 75 units were divided into four building clusters grouped around semi-private courtyards. Each cluster differs because of the shape of the lot, giving the housing an unregimented appearance. By designing the one-bedroom units as third floor walk-ups over three bedroom townhouses, architect Zane Yost succeeded in giving the buildings the character of large houses, helping them fit in well with the Victorian character of the late 19th Century neighborhood. Townhouses have front porches and yards with picket fences that give families secure, private outdoor space, which is rare in higher density housing. Space for the inner courtyards was gained by putting vehicle parking in between the four clusters. A playground in the center of the block is connected to the housing by paved walks. Although the mixed-use neighborhood had an existing local ordinance permitting higher density for affordable housing, parking requirements reduced the amount of open space. In order to gain more open space, SWDC applied for and received minor variances to reduce parking from two to one and a half cars per unit, to reduce parking spaces to eight feet-six inches, and to reduce setbacks from fifteen feet to seven feet. John Madeo believes that despite some agencies' low design standards, developers must fight for the best quality and amenities that funders and markets will allow. Neighborhood acceptance, quick sales, and the winning of several prestigious industry awards have proved that struggle to have been worthwhile at Waterside Green.