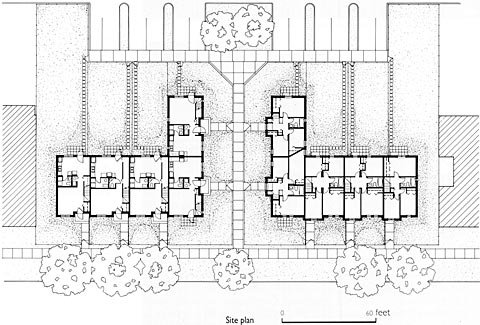 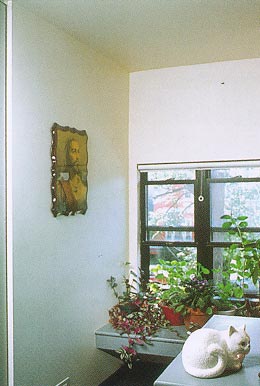 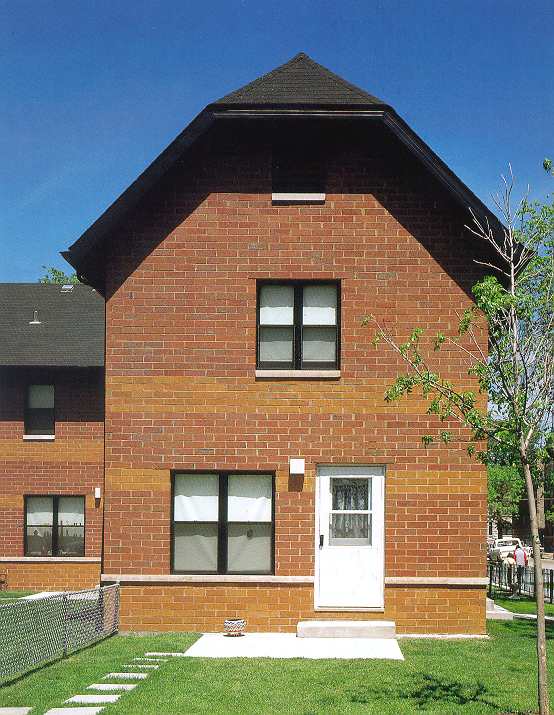 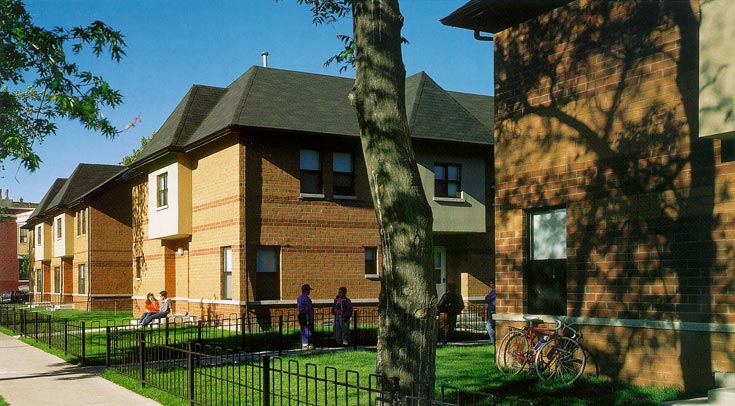 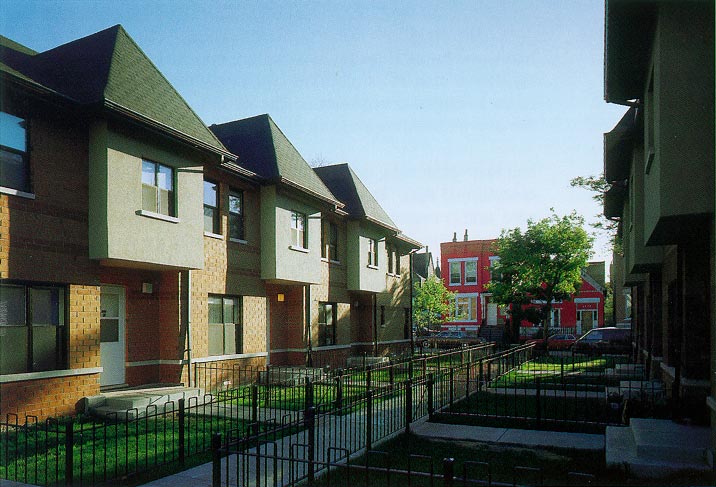 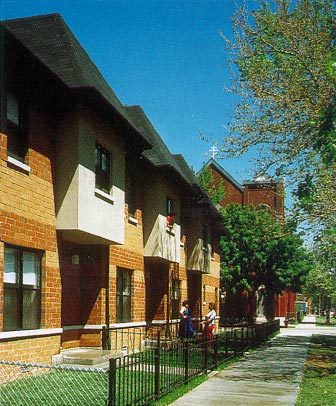 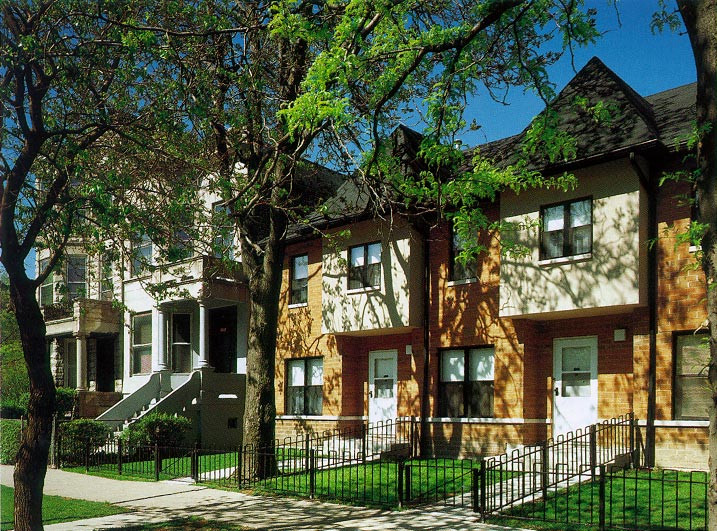 Bounded on one side by the Chicago River, West Town is only three miles northwest of the Loop. Its 180,000 residents form one of the city's great ethnic melting pots. Two-thirds of West Town's population is Latino; most of the other residents are Polish, Ukrainian, Italian, and African-American. Once a strong and solidly Polish neighborhood, population shifts and economic decline have raised unemployment in the area to twice the national average. Elderly people and large families have few housing options; more than half the housing units were built before 1910, and most residential development occurred before 1939. Vacancy rates were running above 10 per cent in substandard housing. The Bickerdike Redevelopment Corporation (BRC), a community organization, joined West Town Housing Partners, private developers, to build the housing with architects Weese Langley Weese and Peter Landon. Robert Brehm, director of BRC, stated, "We are emphasizing housing for large families -- 75 per cent of the units will be three- or four-bedroom townhouses. We are acquiring only existing vacant land, and the housing clusters are targeted for blocks with high levels of demolition." Bickerdike purchased the mainly 25-by-100-foot lots from the city, which had acquired the land through demolition liens over a two-year period. The development consists of 113 three- and four-bedroom, single-family, attached-townhouses on 30 scattered, vacant sites. Floor plans were varied to take advantage of different site conditions such as standard infill lots, corner lots, and combined lots with buildings facing a common on the interior of the lot. A Section 8 grant from the U.S. Department of Housing and Urban Development (HUD) was crucial to the construction of the housing. Unlike most city construction projects, West Town II employed a large number of neighborhood residents through a jobs-for-residents program that was based on the principle that city work paid for with government money should go to city residents when possible. The design process, from planning through finishing details incorporated community input. City and HUD guidelines also required heavy administrative scrutiny of the process. Dennis Langley, principal at Weese Langley Weese, described the townhouses as, "Efficient but well appointed with large windows in living areas, individual laundries, good storage, and quality materials." Low ornamental fencing was used on small private front yards with higher fencing on rear and side yards. The architects focused on the use of enduring materials and on various strategies for creating maximum variety and texture for the facades. The buildings' first floors were raised a few steps above grade and strong roof forms were used to fit in with the older housing stock in the neighborhood. Parking is off side streets or back alleys; on some sites the housing shares entry courts from the parking to the homes. Resident Sheryl Jackson praised the apartments because, "They are large, with lots of cabinet space, lots of storage, and light everywhere !" In an interview, Andy Soto, property manager for West Town, expressed strong support for tenant organization: "The tenant organizations that come out of Bickerdike are very active in the neighborhood in promoting new affordable housing. There is a tenant newsletter run and organized by tenants, which serves as a venue for both tenants and management to have a voice. Before starting any development we hold public meetings. We don't want people to spend their lives in Section 8 housing so we are starting a program that trains people to do property management -- we want to create jobs and housing." One incentive that the tenant organization has used with considerable success to get people involved in the community is to require anyone who wants an on-site parking sticker to attend two of their monthly meetings a year. Soto explained, "Once they go to the meetings, they see how their lives are affected and they keep going." Since moving in, Sheryl Jackson has been able to find steady work. "Living at West Town allows me to focus not so much on how I'm going to pay the rent, but on what I can be."