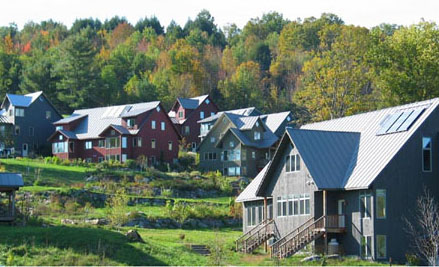 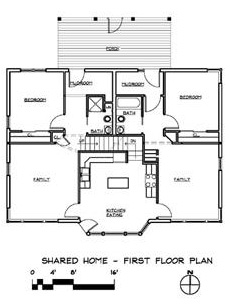 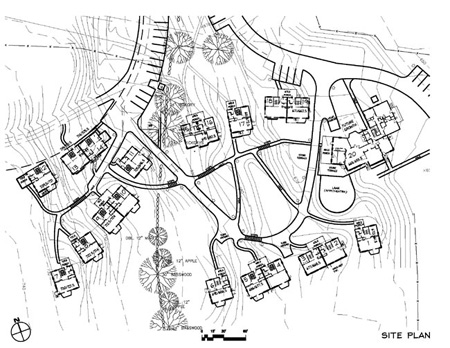 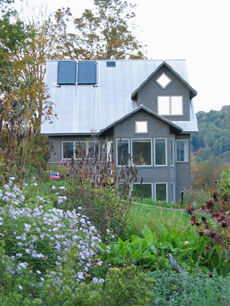 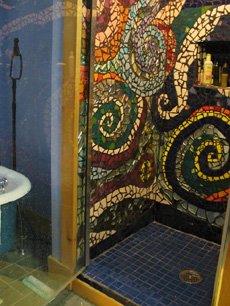 Cobb Hill is a Vermont based Co housing community of 23 families which were built at moderate cost with several subsidized affordable homes. The goal of Cobb Hill was to create an environmentally sound community with an emphasis on preserving the surrounding agricultur al landscape and developing organic farm ing ventures. The project  included the restoration of two defunct farms with careful site planning in order to  preserve and enhance the agricultural land and forests. The barns and farmhouseswere also preserved to be utilized as a office spaces for the non-profit Sustainability Institute, and to promote community uses among residents.

Many consultants,  including the architects and planners, engineers, systems experts, biologists, and contractors were all part of an integrated design process. The residents to be were the developers and played a very active role. During development, particular attention was made to climate and micro-climate, solar access, hydrology, geology and habitat. The site for Cobb Hill was selected for its rich soil, southern exposure and proximity to  the Hannover/Lebanon, NH area and Dartmouth.

The Cobb Hill plan  includes clustered housing and a common house on four acres of a sloping pasture. The site planning separated parking and pedestrian friendly zones while preserving  over 250 acres of agricultural fields, pastures, and forest. A majority of the land was put into conservation, and the funds generated were committed to the affordable homes.

Cobb Hill consists of 14 new buildings, including seven single family houses, five duplexes, one shared house and a common house with three apartments. The homes are  organized around a hillside village green. A one-lane road runs up the hill to the north of Cobb Hill. Parking is located away from the homes, in order to minimize the presence of cars and ensure safety. The sloping paths at Cobb Hill are designed to allow  cart access to residents.

All buildings have advanced water conservation features,  including composting toilets. Grey water is collected and dispersed through a leach field at the foot of the hill. The leach field area was minimized in order to  preserve more land for agriculture. Cobb Hill utilizes  70% less water than   Vermont standards require.

Cobb Hill is a five star Energy Star rated  project and has been awarded two ‘Excellence in Design’ awards from Efficiency Vermont. All buildings are well insulated and especially well air sealed. A central wood boiler with hydronic district distribution heats the homes and provides hot water. Many of the homes have solar hot water heating tied into the system as well. Three energy efficient gas boilers are available for backup heat. Residents and consultants gather data and track the overall performance of Cobb Hill.

The materials used to construct Cobb Hill include fly ash in the concrete foundations, 7” walls framed with “I” studs, FSClumber and dens–pak cellulose insulation. Local wood is used for siding, cabinets and flooring. The exteriors at Cobb Hill are designed with either shingle or vertical shiplap siding and all buildings have standing seam metal roofs. All building  scrapmaterials were actively recycled by the contractor. The community at Cobb Hill composts and recycling bins are located throughout the facility. All the paints and stains used have low VOC content. Low energy fans are used to ventilate the composting toilets and bathrooms and kitchens are also vented on demand.

Lessons Learned from the architect -